“Have you ever considered that the life, death, and resurrection of Jesus took place in a remote corner of a vast empire? If I hadn’t willed it to be noticed, it would have remained an obscure event. Even His crucifixion was one of many that took place week after week in that day. Because I chose to place My hand upon this event, that day on the cross was, among many things, the dividing day between the old and the new.

"To this day, you determine your place in time as before or after this event. No other day in history is given so much importance, even by those who do not know that they are doing it. They function by My calendar whether they want to or not.

"Have you ever considered that Paul’s letters were similar to many such pieces of correspondence written to loved ones from prisons? Because I had My hand on him, his writings have transcended time and history. He was simply being responsible for the ministry that was on his heart. I had greater plans. I chose that countless numbers of people would read them, so that is what happened.

"In the same way, I choose that your life be significant. If you will simply follow My desires one day at a time, nothing will stop that from happening. I promise. You have My Word on it!”

1) THEREFORE BE imitators of God [copy Him and follow His example], as well-beloved children [imitate their father].

2) And walk in love, [esteeming and delighting in one another] as Christ loved us and gave Himself up for us, a slain offering and sacrifice to God [for you, so that it became] a sweet fragrance.

1) IF THEN you have been raised with Christ [to a new life, thus sharing His resurrection from the dead], aim at and seek the [rich, eternal treasures] that are above, where Christ is, seated at the right hand of God.

2) And set your minds and keep them set on what is above (the higher things), not on the things that are on the earth.

3) For [as far as this world is concerned] you have died, and your [new, real] life is hidden with Christ in God.

4) When Christ, Who is our life, appears, you also will appear with Him in [the splendor of His] glory.

Humble yourselves [feeling very insignificant] in the presence of the Lord, and He will exalt you [He will lift you up and make your lives significant].

A life that is significant is one upon which the Lord places His hand. Events and acts of obedience- such as the cross and the letters written by Paul - have great significance for obvious reasons. The cross of Jesus Christ is the single most significant event in all of history. Without it, nothing in this life really matters.

In God’s economy since the cross, however, your comings and goings are of great importance to God, especially if they are in obedience to His desires. The hugs that you give, the meals you provide, the smiles that you share are significant to our Lord. They, in their own way, could carry the weight of Paul’s letters, should the Lord choose to place His presence on them. You may never even know it until you are with the Lord.

I know a lady who at one time felt that she would never be used by God. She simply went about her days attempting to follow her Lord as best she could. She was diligent in caring for her ailing husband, and now has taken the call to pass on some of the works of a small ministry. I’m sure that there are times when the enemy loudly proclaims to her the insignificance of her life.

In God’s economy, however, the heavenlies proclaim the wonder and importance of her every day on earth. She is being used by God in ways that only a life in eternity will expose. God has His hand on her and her heart is His. That makes her of unlimited significance. It is the same with you as you follow the Lord, one day, one step at a time.

Wanting to move only with my Lord, 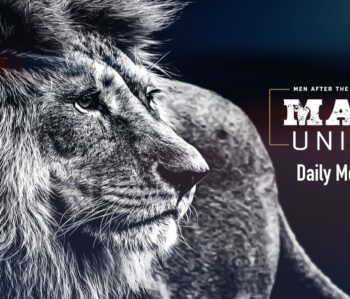